Imon had come from Calcutta, the city of joy, Pune to study for his MBA in the esteemed Symbiosis college. For a new beginning of a new bachelor life there, his mother had sent him all the recipes for making Macher Jhol, Alur-dom and his favourite, Shukto. Every Bengali loves his/her food and Imon was no exception. He loved his cuisine to the core! His mother had taught him the basics and now that he was in an alien city, as per his proficient mother, it was important to get all the five spices right for his favourite dish, Shukto to have its authentic taste. Imon went outside the local stores and asked for a special type of five spices, Paanch Phoron, but after visiting three different stores on foot and failing in his search, he gave up. Disheartened, he returned and prepared for his college, which was going to start the next day. 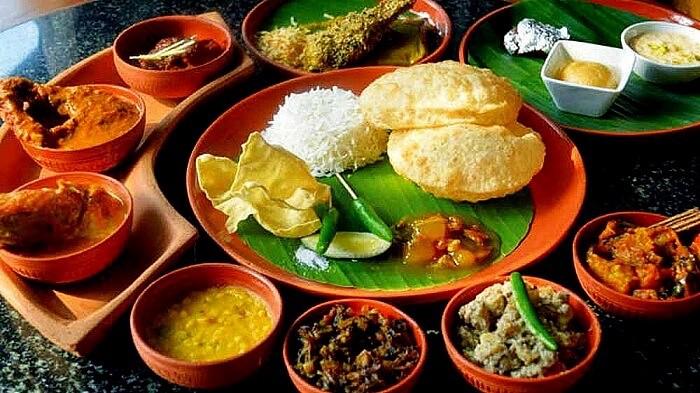 His morning lecture went well with good, encouraging professors and a cool group of friends. They studied and had fun as last benchers. As the bell rang announcing the lunch break, his mind drifted off to the five spices he was unable to find in his locality. “Where would I get them?” Imon kept thinking as he walked around the college during his class break. His plan of making Shukto and Luchi (hot pooris) for his first exquisite dinner in Pune will flop.

See Also: 5 Stress Busting Activities You Can Do Right Now

He told about his dilemma to his boy gang but none of them knew about the 5-spice mix or where it would be available. The boys were making their way to the canteen and just as he entered the canteen, the beautiful aroma of spices filled his nose. “Paanch Phoron!”, he exclaimed with joy as he could smell the warm cumin and pungent fenugreek, along with the cool fennel, brown mustard and Nigella seeds. Somebody was eating Shukto, but who?

He darted outside, leaving his friends quizzical, trying to find where the aroma was coming. After a calculated guess, he spotted a young bespectacled girl dipping her Luchi in a bowl full of warm Shukto. Imon wasted no time and walked up to the girl and learned about her and the dish. He got to know that she, too, had joined today. She told him that she lived with her grandmother in a Bengali locality of the city. Imon asked her about the Shukto and if she was the one who had made it. Lopa smiled at him and apprised him about LoveLocal, an online platform that listed almost every grocery store in Pune. He could order the spices on this platform, and they would deliver whatever he needed to prepare the dish.

Without wasting a second, Imon quickly visited the play store and placed the order with a little help from Lopa. She guided him to the retailer she trusted in her locality and told him how this was the best part about the app. It helped a user order from a local store they knew and trusted while leveraging their speedy delivery model. Imon also found the personal-care items that were missing in his new home on the app, and happily placed the order. To his pleasure, he was further surprised with a combo deal on check-out.

Delighted at having saved both money and effort, Imon happily asked Lopa if she would like to join him for an authentic Bengali dinner that night. Lopa smiled at him, hesitantly. Imon immediately realized her discomfort. ‘You can cook too if you don’t trust my skills,’ he said, trying to lighten the mood. She just laughed and walked away then, but her acceptance of the invitation was visible when she showed up at his doorstep, that night, with a bowl of rasogullas in one hand, and the recipe for Shukto in the other.

They spent the night cooking and knowing more about each other, while celebrating their Bong connection, all thanks to LoveLocal!