If you have ever experienced Dupuytren’s Disease, you will know that it can make life very difficult. Unlike any other condition that you may get that affects your hands, Dupuytren’s disease is actually not painful but does make the use of the hand almost impossible. When you suffer from Dupuytren’s a lump develops on the hand at the base of the finger. Then as the disease starts to worsen, the fingers begin to bend back towards the center of the hand, making their movement extremely limited. The condition will usually start at the base of the middle and ring fingers. It will spread through the hand and affect other fingers, making surgery necessary to remove the swollen and hardened nodules.

It is unknown what causes the condition; it is confirmed, however, that Dupuytren’s disease is hereditary, being passed down from generation to generation. A chemical imbalance is said to trigger the ailment, so it is often suffered by those who drink large amounts of alcohol or people who smoke more than 25 cigarettes a day. The disease occurs in those of Northern European descent and is most common in men, 50 years or older. Dupuytren’s disease was prevalent in Vikings, so much so that it is also known as Vikings disease.

Dupuytren’s disease will not correct itself, so treatment is required to allow movement to return to the fingers. There are several different treatments available; however, they are not very successful with the condition being known to produce. 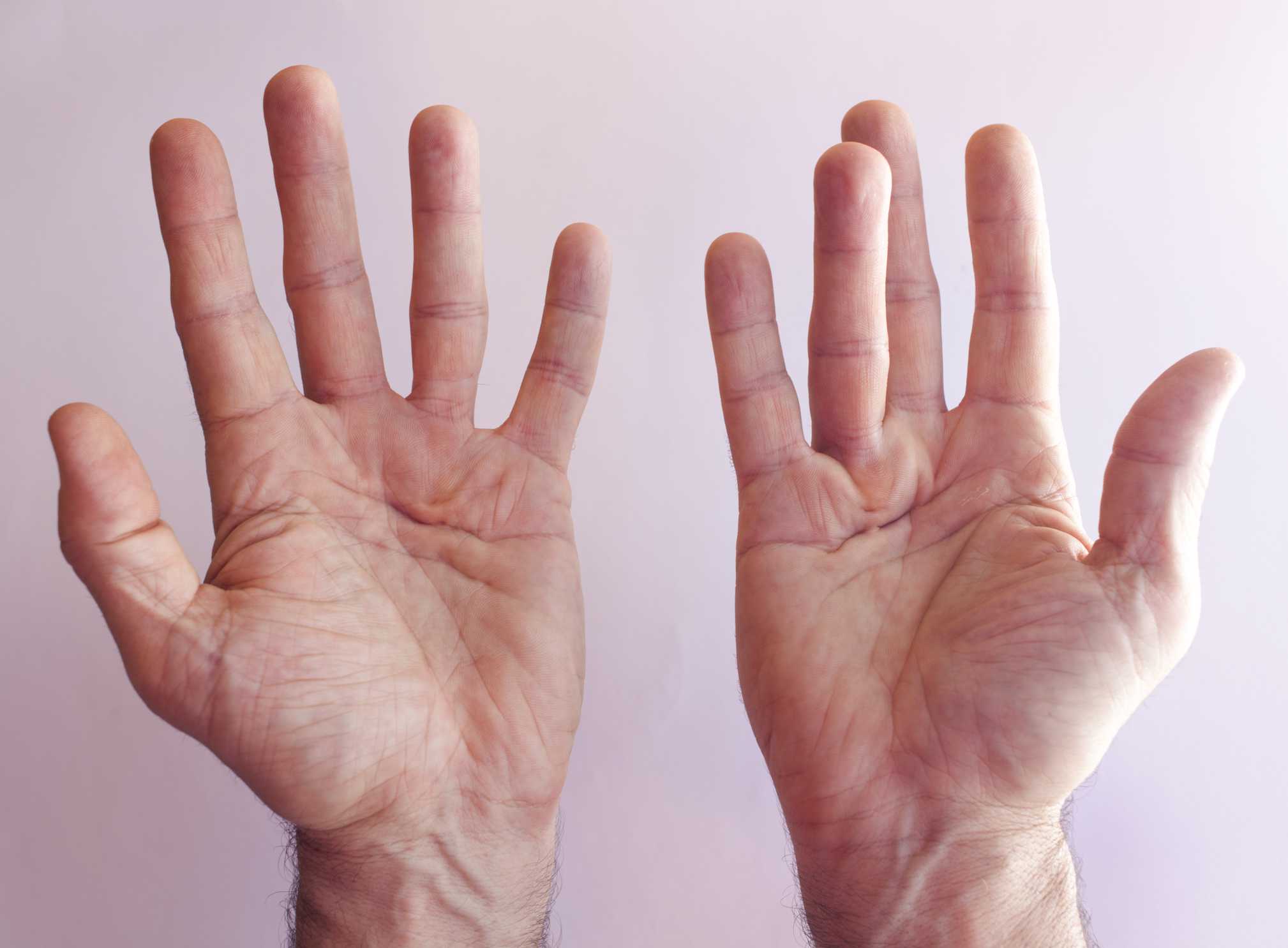 The most common Dupuytren’s contracture treatment is an operation. The operation begins with an incision at the sight of the nodule. The palmar fascia needs to be exposed so it can be separated from the nerves, tendons, and arteries. Once the diseased palmar fascia has been removed, this will allow a finger to straighten once again. There can be several risks of a Dupuytren’s Contracture surgery, the biggest being nerve or blood vessel damage. If damage to one of these occurs, this may result in additional surgery to repair that damage. In some cases, a skin graft is necessary to improve the site of the operation. The scar left from surgery for Dupuytren’s disease is known to be unsightly and is prone to infection if not cleaned correctly.

Another Dupuytren’s Contracture treatment is needle aponeurotomy, which releases the tight cords and allows the fingers’ movement to return. This is a far less invasive treatment than surgery and leaves no scarring. There is potentially an issue with bleeding at the sight of the needles entry, which can later become infected. The procedure is not a painful one but can leave the fingers having a tingle and being numb. The treatment will take about 1 to 2 weeks to heal completely; 6 to 12 weeks of physiotherapy will be required in many cases. In some cases, the disease and its symptoms can return.

When you suffer from Dupuytren’s disease, your doctor may recommend using a splint or brace to straighten out the fingers. The splint makes the use of the fingers extremely difficult and can be the cause of significant frustration. Using a splint or brace is cumbersome and will make doing everyday chores very difficult, writing, cleaning, and cooking, amongst many others. A doctor may also prescribe collagenase as Dupuytren’s contracture treatment. Collagenase is an enzyme that will break down tissue and dead skin, allowing the hand to regain regular motion. It is more commonly used to treat burns and dermal ulcers; it has healing properties for wounds as well. The problem with collagenase and other enzyme injections are that they can cause a flare-up of the lymph nodes under the armpit and in the arm; if this occurs, a doctor’s visit is necessary.

The best treatment in the market to reduce Dupuytren’s disease’s effects is a combination of three. The use of the Dupuytren’s wand, tape, and jelly together will make a massive difference to the hand and fingers and their movements. The jelly will prepare the hand for the use of the Dupuytren’s wand. The use of the wand will then prepare the hand and fingers for the Dupuytren’s tape. Dupuytren’s tape will improve blood flow, reduce swelling, and soften the condition’s nodules. The tape is also not as cumbersome as a splint or brace, making it ideal for those who still have to work despite having the symptoms. What makes them such an excellent option for Dupuytren’s Contracture treatment is not just their ease of use but also the fact they are inexpensive, especially in comparison to other treatments. This type of therapy has been tested for years and is confirmed to be the most effective on the market.